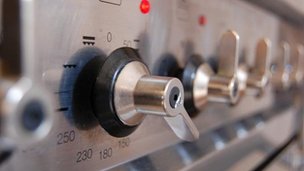 Scottish Power has become the latest energy company to announce a price rise, with gas and electricity bills going up by 7% on 3 December.

The firm has 2.3 million customers and the average annual dual fuel bill will increase to £1,271.

The rise, blamed on increased costs, comes just days after British Gas and Npower said they were raising prices.

A 9% price rise by SSE – which trades as Scottish Hydro, Swalec and Southern Electric – has just come into effect.