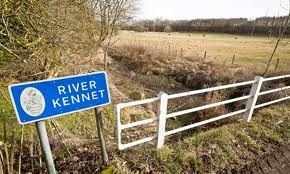 Official drought zones have been declared in a further 17 English counties, as a warning came that water shortages could last until Christmas.

The Environment Agency said dry weather over the past few months had left some rivers in England exceptionally low.

It has now extended its “drought map” into the Midlands and the South West.

Officials say public water supplies are unlikely to be affected by the continuing drought, but are reiterating calls for water to be used wisely.

Photo from the Guardian