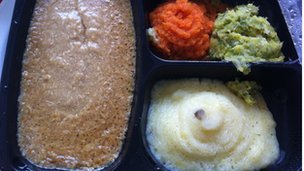 NHS hospitals in England are hiding patient dissatisfaction with the food they serve, campaigners say.

But patient surveys showed nearly half of people were dissatisfied with what they were offered to eat.

The campaigners want mandatory standards introduced for hospital food, like those which already exist for prisons and schools.